John from  The Maine fears the future of technology and “The Metaverse”. Check out his rant room and watch the video for The Maine featuring  Charlotte Church  and  Taking Back Sunday  “I Loved You A Little” below

Arizona’s The Maine are known for their emotive pop-punk and indie rock sound. The group first garnered attention on the Vans Warped Tour before issuing their Top 40 debut, Can’t Stop Won’t Stop, in 2008. That paved the way for their sophomore album, 2010’s Black & White, which cracked the Top 20 of the Billboard 200. They again reached the Top 40 with 2013’s Forever Halloween, 2015’s American Candy, and 2017’s Lovely Little Lonely. The band have continued to evolve, moving toward an ever more sophisticated and literate rock sound, as heard on 2019’s You Are OK and 2021’s XOXO: From Love and Anxiety in Real-Time.

Although named after a northeastern state, the Maine formed in 2007 in Tempe, Arizona, a collegiate suburb of Phoenix. Most of the bandmembers — singer John O’Callaghan, guitarists Kennedy Brock and Jared Monaco, bassist Garrett Nickelsen, and drummer Pat Kirch — were in high school at the time, and the guys quickly turned their ’90s radio rock band influences into a familiar, infectious pop-punk sound. The Maine signed to Fearless Records and released a five-song concept EP, The Way We Talk, in 2007. After performing on the Vans Warped Tour one year later, the group issued a full-length debut album, Can’t Stop Won’t Stop, which was produced by emo-pop veteran Matt Squire (Simple Plan, Sum 41). The record peaked at number 40 on the Billboard charts and caught the ear of Warner Bros., which signed the Maine to a major-label contract in 2009. After releasing a deluxe version of Can’t Stop Won’t Stop later that year, the group returned to the studio, eventually emerging in 2010 with the sophomore album Black & White. That year also marked some new developments for the band: their first headlining tour and Album of the Year accolades for Black & White from Alternative Press.

The Maine released the full-length Pioneer in December 2011, their first after parting ways with Warner. The album was reissued a year later, packaged along with the six-track EP Good Love. Their fourth effort, Forever Halloween, arrived in June 2013, debuting in the Billboard Top 40. Produced by Brendan Benson of the Raconteurs, the album was the second to be released without major-label support. Months later, the Maine released their seventh EP, the five-song acoustic Imaginary Numbers. By 2015, the band began to sound more like the 1975 than the rest of the bands on the Warped Tour, as evidenced by their fifth album, American Candy. Featuring the hit “English Girls,” the album debuted in the Top Ten of the Billboard independent, alternative, and rock charts. The band further endeared themselves to their devoted fans by making every date on the album’s promotional tour completely free of charge, as well as playing some intimate shows where they performed the album in its entirety.

Further following their new melodic pop path, the Maine released a two-part covers EP titled Covers; Side A included their takes on late-’90s hits by New Radicals, Len, and Backstreet Boys, while Side B featured contemporary hits by Drake, Justin Bieber, and Rihanna. In January 2017, the band issued the single “Bad Behavior” in anticipation of the release of their sixth studio long-player, Lovely Little Lonely, which arrived later that April. A year later, they announced the completion of their seventh album, You Are OK, which was released in March 2019. Two years later, in March 2021, the Maine returned with “Sticky,” the first single from their eighth album, XOXO: From Love and Anxiety in Real Time, due out later that year. 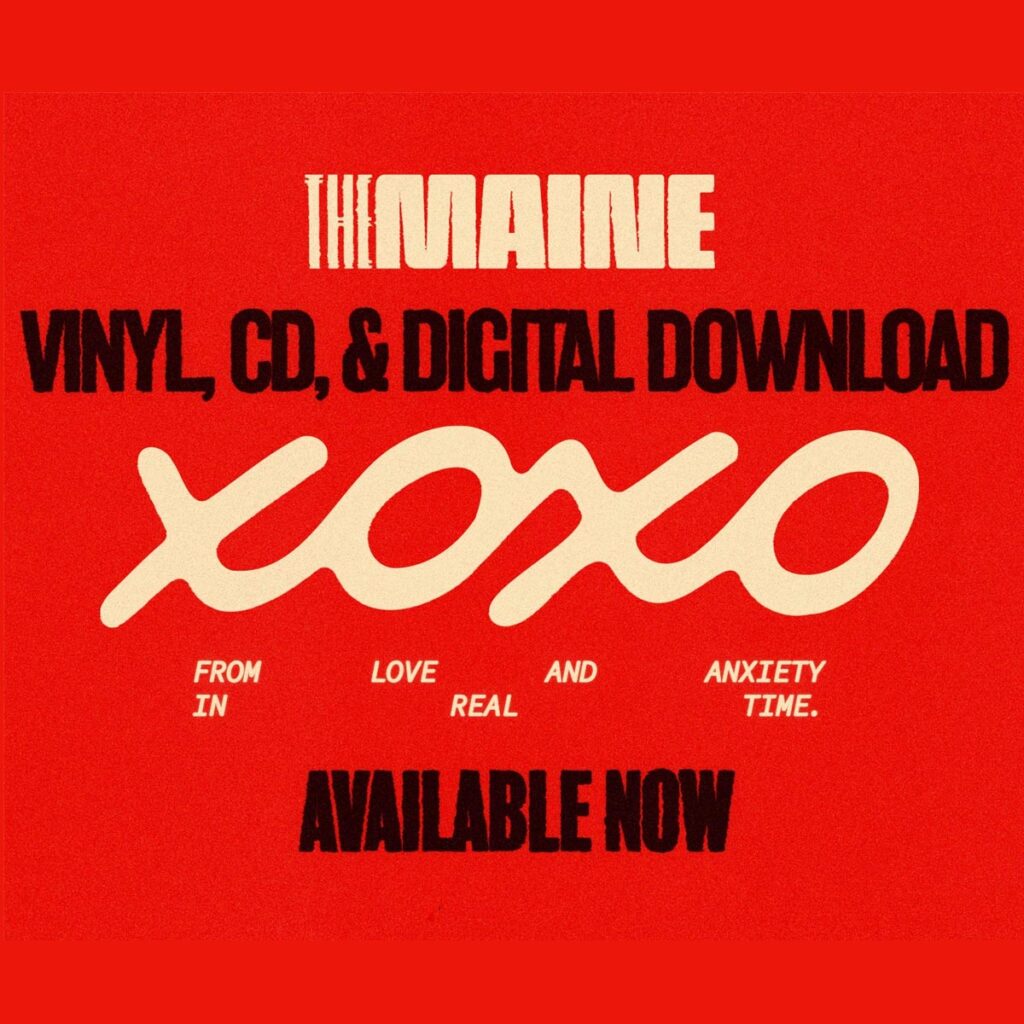