Winston McCall of  Parkway Drive gives us the details on their new song “Glitch”.  The first song they started on their new record was “Darker Still” (out 9.9.22 on Epitaph Records) but why was it the last song finished? Check out what Winston says and see, hear, read, and LIVE more below!

In the kitchen of the Byron Bay home of Winston McCall stands a refrigerator, adorned on one side by a quote from Tom Waits: “I want beautiful melodies telling me terrible things.” 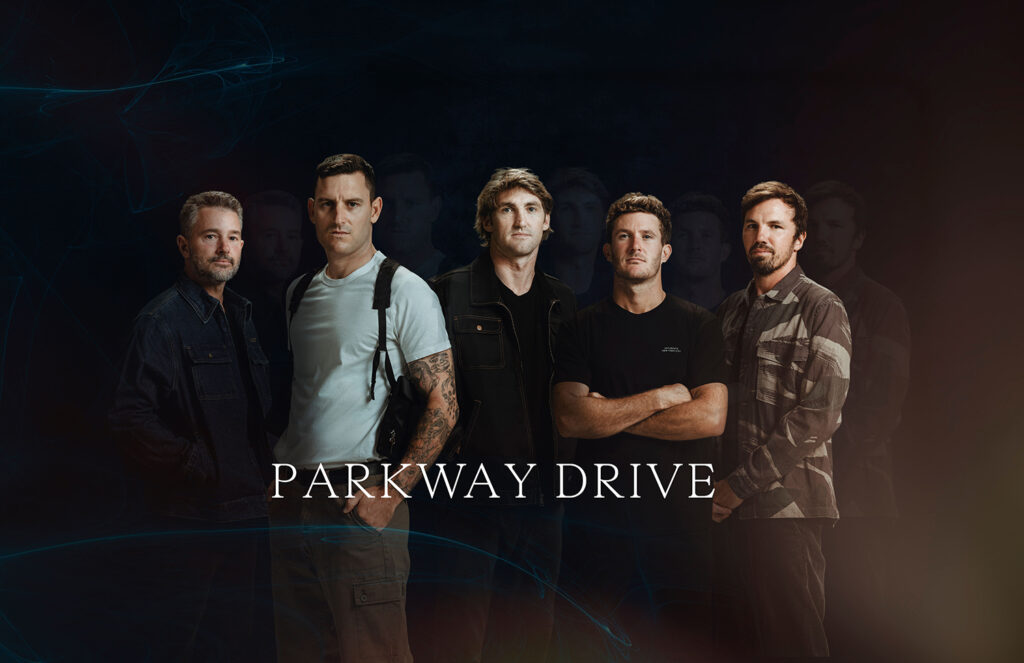 This, the Parkway Drive vocalist says, is a pretty good summation of himself. It holds true, too, as one of the guiding principles behind Darker Still, the seventh full-length album to be born of this picturesque and serene corner of north-eastern NSW, Australia, and the defining musical statement to date from one of modern metal’s most revered bands.

Darker Still, McCall says, is the vision he and his bandmates – guitarists Jeff Ling and Luke Kilpatrick, bassist Jia O’Connor and drummer Ben Gordon – have held in their mind’s eye since a misfit group of friends first convened in their parents’ basements and backyards in 2003. The journey to reach this moment has seen Parkway evolve from metal underdogs to festival-headlining behemoth, off the back of close to 20 gruelling years, six critically and commercially acclaimed studio albums (all of which achieving Gold status in their home nation), three documentaries, one live album, and many, many thousands of shows.

“When Parkway originally started out, we all were trying to push ourselves to do more than we possibly could,” is how McCall explains it. “What you hear on Darker Still is the final fulfilment of our ability to learn and grow catching up with the imagination that we have always had.”

To understand that growth is to understand Darker Still, both musically and thematically. Those who thought they had Parkway Drive figured out – the unrivalled energy, the high-octane breakdowns, McCall’s trademark bark – need reconsider everything they know about Australia’s masters of heavy. Darker Still stands as the culmination of a transformative time that has seen Parkway reach new heights of creativity and success by eschewing the restrictive, safe conventions of genre and abandoning their own self-imposed rules in favour of a wide-eyed appreciation of bold new horizons. “There are compositions and songs that we’d never attempted before – or, to be more accurate, which we have attempted in the past, but not had the courage, time or understanding to pull off,” McCall reveals.

And so while Darker Still remains irrefutably Parkway Drive, it finds the band sonically standing shoulder to shoulder with rock and metal’s greats – Metallica, Pantera, Machine Head, Guns N’ Roses – as much as it does their metalcore contemporaries. It is a revivified sound that provides the backdrop for some of McCall’s most personal and introspective songs yet. Exploring the concept of the ‘dark night of the soul’ – “The idea of reaching a point in your life where you are faced with a reckoning of your structure of beliefs, your sense of self and your place in the world, to a point where it’s irreconcilable with the way that you are as a person,” as McCall describes – Darker Still unfurls like the great rock concept albums, from Pink Floyd to, most comparably, Nine Inch Nails’ The Downward Spiral, its 11 tracks taking in ruminations on society’s fear of death, isolation and a loss of humanity in its journey to redemptive enlightenment.

This is the Parkway Drive the band have been striving to be for two decades. Ling says it best: “I’m really proud of what we have achieved together, and feel that as musicians, we have really ascended to new realms of class and ability.” Emerging from the darkness of the past few years, this is the true face of Parkway: redefined and resolute, focused in mind and defiant in spirit. 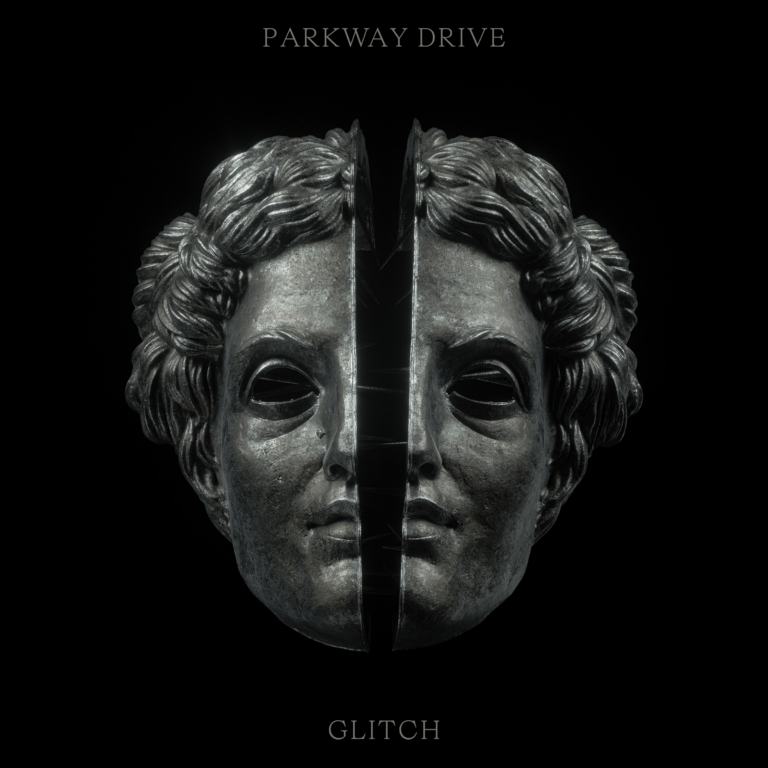