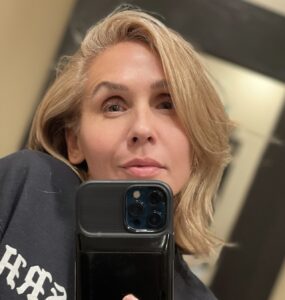 Mills Lane, who rose to fame first as a boxer, then referee, Washoe County district attorney and judge, died Tuesday morning in Reno.

His son, Tommy Lane, told the RGJ that Lane died after being in hospice for the past week.

“He took a significant decline in his overall situation,” Tommy Lane said. “It was a quick departure. He was comfortable and he was surrounded by his family.”

His family, wife Kaye and sons Terry and Tommy, were with him when he died. 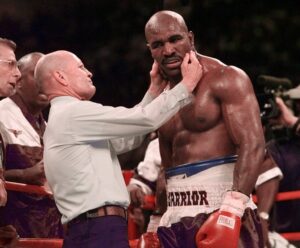 Tommy Lane said they spent the past few days watching several of his father’s favorite movies, including “Somebody Up There Likes Me,” a movie starring Paul Newman about Rocky Graziano, as well “The Godfather,” “On The Waterfront,” “Patton” and “Shane.”

They also watched Lane’s fight from the 1960 college boxing championship.

“We had a great last couple of days with him,” Tommy Lane said. “He was eating breakfast. We got him some Dairy Queen.”

Tommy Lane said no funeral service is planned, but that the family might hold a memorial at a later date.

“He hated funerals,” Tommy Lane said. “We might do some sort of send-off, celebration at a bar, or something like that, but not a traditional funeral.”

Lane joined the U.S. Marine Corps in 1956 and became a boxer. When stationed in Okinawa, he became the All Far-East welterweight champion.

At Nevada in 1960, he won the NCAA welterweight title and barely missed making the Olympic team. He turned professional while still in college and compiled a record of 10-1.

Lane began working in the Washoe County District Attorney’s office as a prosecutor in 1971 and spent nearly 17 years there. He was elected district attorney of Washoe County in 1982. He became a judge of Washoe County’s Second Judicial District Court in 1990. In 1998, he stepped down from the bench to begin a courtroom series, “Judge Mills Lane,” which ran for three years.

Lane refereed boxing matches in the ’70s, ’80s and ’90s. He became famous for his pre-fight phrase, “Let’s get it on.” He was the referee in more than 100 world championship fights. He also refereed in many less important fights out of love for the sport and his respect for fighters. 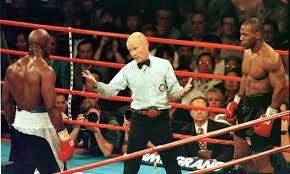 Lane became a household name in the United States on June 28, 1997, the night he refereed “The Bite Fight,” a rematch between world heavyweight champion Evander Holyfield and challenger Mike Tyson at the MGM Grand in Las Vegas. Tyson twice bit Holyfield’s ears in the early rounds, and Lane disqualified him.

The City of Reno honored him on Dec. 27, 2004, proclaiming it “Mills Lane Day.” In May 2006, a new justice administration building in downtown Reno was named after him. The building houses the Reno Municipal Court and the Washoe County district attorney’s office.