The Man In The Mask, @BoyWithUke talks about the joys and pains of touring, how music pushes him so hard, and what inspired his hit song “Toxic” More with BoyWithUke coming soon…smash subscribe 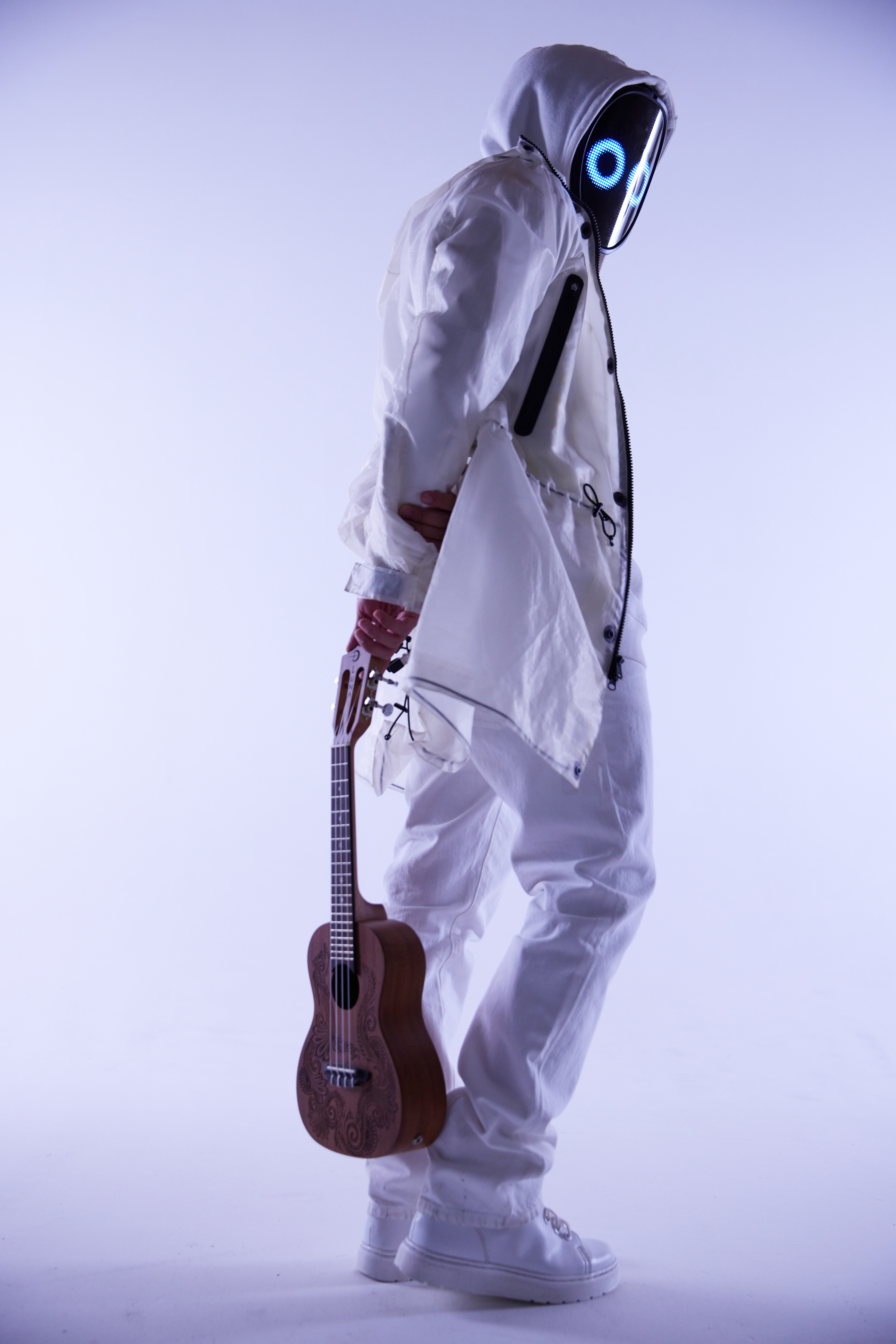 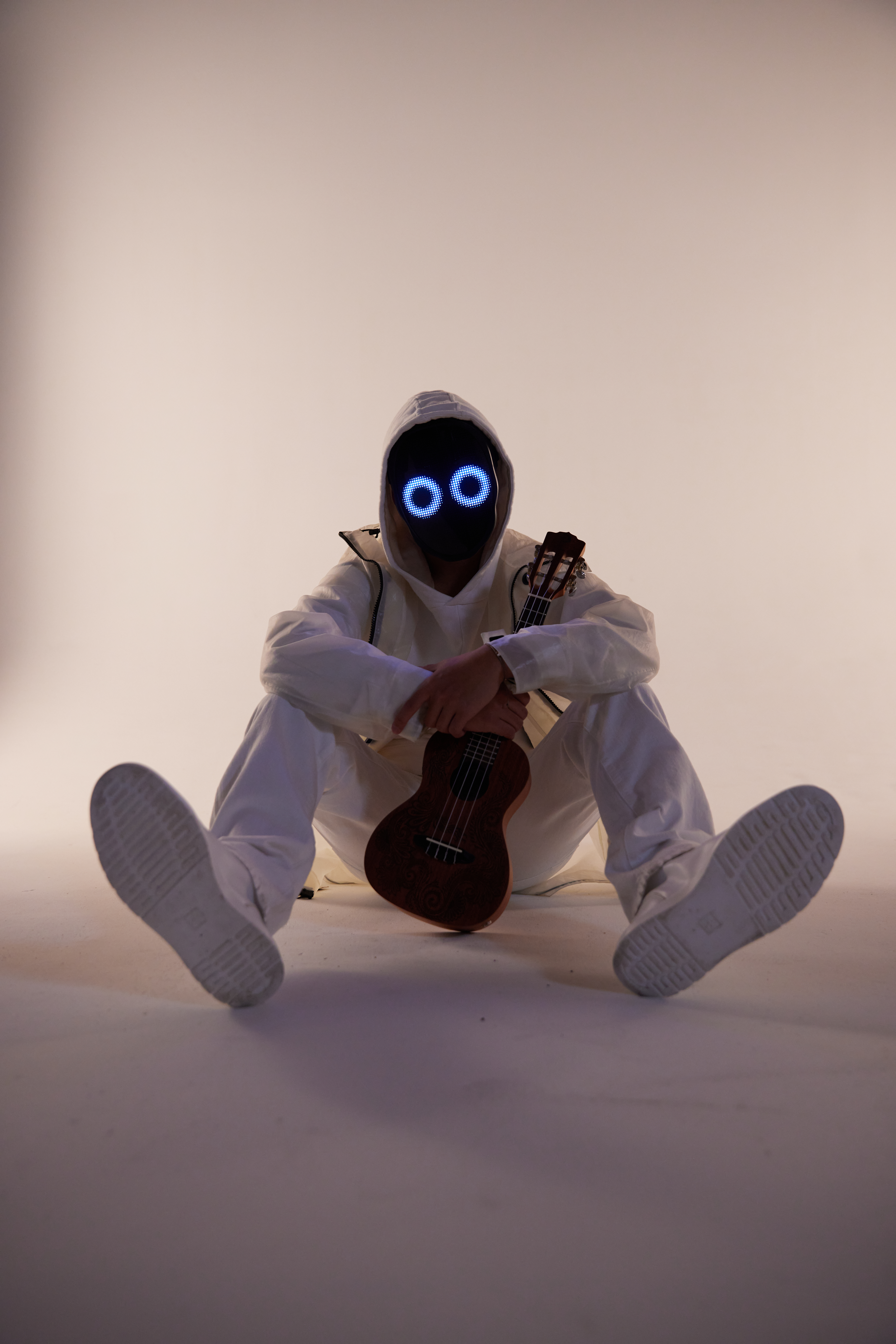 BoyWithUke says, “the album is my magnum opus. all produced on my iPad. it completes the ‘Dreams’ saga. i’m waking up.”

He continues, “‘understand’ is the highlight of the album. i had a lot of fun writing it. very important lines in this one.”

Recently, BoyWithUke teased “Understand” in an animated video depicting his life, which premiered on Consequence, who declared “BoyWithUke has proven himself to be particularly prolific” and “‘Understand’ shows potential to be the next of BoyWithUke’s hits.” Watch it HERE.

Leading up to the anxiously awaited release of Serotonin Dreams, BoyWithUke dropped his viral singles “Long Drives” and “IDGAF” feat. blackbear. Billboard praised “IDGAF” as “a gently heartbroken kiss-off anthem about moving on from a toxic ex,” while Ones To Watch described it as “perfectly petty in all the right ways, BoyWithUke and blackbear match earworm, radio-ready production with unapologetic low blows.” Indie Shuffle proclaimed, “BoyWithUke has slowly become a household name in the indie music scene; now working with Blackbear, the combo of melancholia and high-energy pop has made for a gallery of pure entertainment and an addictive earworm at that!”

The tracks followed BoyWithUke’s 2021 smash hit “Toxic,” which has amassed over 1.2 billion global streams to date and nears the Top 5 on the Alternative Radio Chart (currently #7). Not to mention, his record-breaking live performance of the song for Genius’ Open Mic series is the platform’s second highest-viewed Genius video to date with over 60 million views and counting. Meanwhile, his online fanbase shows no signs of slowing down with over 1.5 million YouTube subscribers and 4.5 million TikTok followers.

To celebrate Serotonin Dreams’ arrival, BoyWithUke will perform sold-out headline shows in the US next week on May 10th at The Roxy in Los Angeles and May 12th at Bowery Ballroom in New York. He recently wrapped his first-ever headline shows, performing to sold out crowds of thousands across the UK and Europe—see show recaps HERE and HERE. The headline tour will be followed by a slew of dates supporting AJR on their upcoming North American tour this summer, which kicks off later this month and includes shows in Nashville, Chicago, San Francisco, Las Vegas, and more. Check out the full list of upcoming dates below. 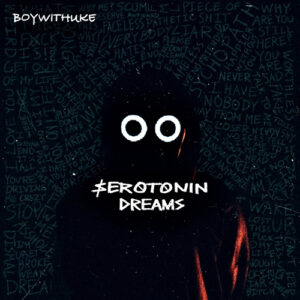 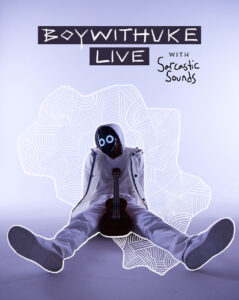 What do we know about BoyWithUke? If you quickly scan TikTok, you can figure out he is a musical artist who writes and produces all of his own music, creating songs in his dorm room on GarageBand while hiding his face from the public with his now signature glowing mask. Take a deeper look, and you’ll see he frequently posts “minute long songs,” many times written in response to requests from fans. His biggest hit to date was written after a fan commented “make a song about toxic friends plzzzx,” and the response was the song “Toxic.” The song describes how it feels when you realize all your friends are terrible people (people you’d probably be better off without), but the thought of being alone makes you feel even worse. The song has taken over as it vaulted into the Top 10 at Alternative Radio and has reached nearly 1.2 billion global streams to date. Not to mention, his performance of “Toxic” has emerged as the platform’s second highest-viewed Genius video to date with nearly 60 million views and counting. Up next, he will be continuing his sold-out international headline tour and releasing his debut album Serotonin Dreams which features the new single “IDGAF” ft. blackbear. The project will be the follow-up to previous full-length projects Melatonin Dreams, Fever Dreams, Trouvaille EP, and his latest Faded EP (featuring numerous songs created from his TikTok “minute long songs” project).