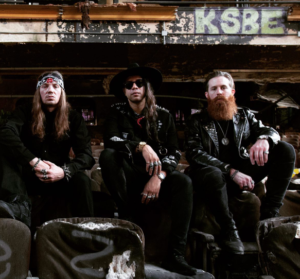 Suburban Noize Records and Regime Music Group are proud to announce the signing of New Jersey-based hardcore trap metal band CONCRETE DREAM to their roster. The band has officially re-released their previous catalog under the Suburban Noize banner and are working on recording new songs for their debut offering for the label. CONCRETE DREAM joins the ranks of Surburban Noize labelmates (Hed) P.E, Dropout Kings, Madchild, King Klick, and Obnoxious.

“We are always searching for new artists to usher in the next generation of Suburban Noize Records and Concrete Dream just have something crazy and unique that makes them a perfect fit for our roster,” commented label president Kevin Zinger. “As a label, we’ve always believed in creating music without borders, while mixing together styles and sounds to create something new and original. Concrete Dream’s mixture of hardcore and trap-metal mixed with their attitude and energy deliver a knockout punch.”

“We can’t describe how excited we are to be releasing music with Suburban Noize and to be a part of the family,” said Jeremiah Mayhem, vocalist for Concrete Dream. “We’ve been waiting to show the world what we can do and that we are more than a band. We are a lifestyle representing hard work and dedication towards the things you love. We try to represent both sides of our music, metal, and hip-hop, to the fullest and break down any barriers between them. Time to get to work.”

New Jersey-based CONCRETE DREAM exudes a distinct, raw, yet accessible power and clean execution previously unmatched by any artist in the scene. The “trap-metal” quartet are on another level, crafting potent, consistent anthems that will have listeners singing along while still hitting hard as nails.

“Growing up in New Jersey and so close to New York, gave us access to so many different cultures and scenes. From metal, punk, hardcore to hip-hop and everything in between, so naturally that comes out in Concrete Dream’s sound,”  said Jeremiah Mayhem.

CONCRETE DREAM previous singles, all produced by This or the Apocalypse-vocalist-turned-producer Ricky Armellino, have collectively amassed more than a million streams. The buzz caught the attention of New York hardcore legend Lord Ezec (Crown of Thornz, Skarhead, Danny Diablo), who quickly signed them under his management umbrella and brought them to the attention of Suburban Noize Records who eventually signed them.

You can stream their new song “Twitter Fingers’ now HERE 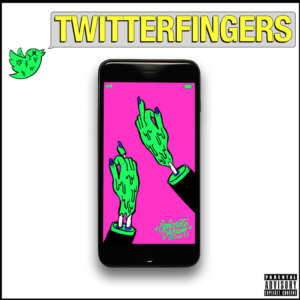