The alt-pop brother duo of The Driver Era release a new summer single “Malibu”. I can see why this song is climbing up the charts, it’s smooth, catchy, makes me wanna dance and begs to be blasted at high octaves while driving up the coast. I highly recommend playing it when you pick up your date, its a whole mood.

Laced in escapism, brothers Rocky Lynch and Ross Lynch wrote the song while daydreaming about personal experiences. “‘Malibu’ is about reminiscing on experiences in the best locations,” the band says. “It’s about getting away. It’s the spontaneous trip you take with someone – maybe you knew them before, or maybe you’re meeting them for the first time”. 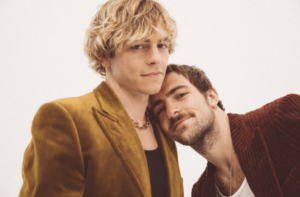 Since making their debut with ‘Preacher Man’ four years ago, The Driver Era have accumulated an impressive 300 million streams and 29 million combined social media followers, have released one studio album, three EPs and a series of critically acclaimed singles. With the new single ‘Malibu’, and the new, energetic mixtape, as well as their upcoming world tour – during which they will play shows in Japan, Australia, New Zealand, Europe and UK for the first time ever – The Driver Era are set for  an exciting year ahead. 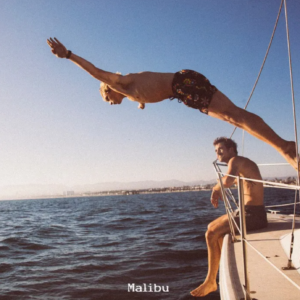 ‘Malibu’ follows on the band’s recent single, the dance-inspired ‘Keep Moving Forward’ feat. Nikka Costa – premiered by Rolling Stone, who praised the band for“holding onto some real ‘eclectic’ music” – the funky cut and ‘Malibu’ will be featured on the band’s ‘Summer Mixtape’, which was released in August.

The upcoming project is the follow up to the band’s second album ‘GIRLFRIEND’, it’s lead single ‘Heaven Angel’ and follow-up tracks ‘#1 Fan’ and ‘Leave Me Feeling Confident’, the band has been supported by the likes of Notion who praised ‘GIRLFRIEND’ as “their most inspired – and sonically diverse – body of work yet”, while Clash defined their sound as “vast alt-rock sound, with an endearing soulful groove”, with DORK praising “their ability to meld different genres while retaining that distinctive pop feel”, calling the album “a textured, smart modern pop rock record”.

Known for what Clash called, “intimate, high energy live show”, the band will bring their GIRLFRIEND WORLD TOUR to the UK – headlining for the first time ever – two nights at London’s O2 Shepherd’s Bush Empire on October 4th and 5th, before heading to Birmingham’s O2 Institute on October 7th and Newcastle’s University on October 8th. The tour will take the band to Glasgow’s O2 Academy for the only Scottish date, before touching Ireland to headline Vicar Street in Dublin on October 11th, before closing the UK leg of their worldwide tour at the Academy in Manchester. For tickets and VIP packages, please visit www.thedriverera.com.